Big jackpot wins are mostly associated with North America and Europe but there quite a few big winners to be found in New Zealand as well. These jackpot winners came from both offline and online gambling but met with the same life changing conclusion. 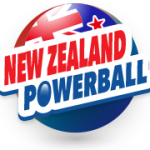 A young couple in 2016 made the headlines for all the right reasons by winning a record breaking $44 million in the Kiwi Powerball lottery draw. The couple based in Dairy Flat, north of Auckland had bought their tickets offline contributing to a draw that saw largest number of tickets sold in a single NZ Powerball draw. As per them, they used a combination of personal selected numbers and lucky dips to win this massive prize.

A former KFC worker received a pleasant surprise when he ended up winning the jackpot in 2016. Rawiri Pou was stuck in a dead-end job and tried his luck on a progressive jackpot game initially winning a healthy NZ $1500. Sensing that lady luck was on his side, he continued to use his winnings and kept on playing with the same bet level. His perseverance and luck eventually triggered the jackpot round giving him the ultimate prize of NZ $10,144,395.82. When asked about his strategy, Pou mentioned that he knew his limits and wanted to stick with it regardless of the outcome. It was the focussed approached and not compulsive gambling that allowed me to play without fear, ultimately rewarding him with a grand prize.

A couple of years later in 2018, a player decided to try his luck at Mega Moolah, one of the most famous progressive jackpots powered by the Microgaming software. The jackpot had already garnered attention for its propensity to award big prizes and it was true on this occasion as well. The slick interface of the game allowed the player to access it via the mobile device leading to a big win of NZ $8 million.

Mobile gambling is certainly a reality. More and more online casinos are now paying close attention to their mobile products ensuring they are fast, slick with an easy to use interface. While the size of the jackpot remains the same regardless of the device, the mobile allows the player to literally take the game with them wherever they might be. It is this very freedom that has seen a huge push towards mobile gambling and how more and more jackpot winners are now coming via mobile devices.

Speaking of jackpot winners, here is the most up to date list of the Jackpot Wins in New Zealand.

Five ticket holders shared this massive jackpot by winning the New Zealand Powerball ‘Must Be Won’ draw where each participant was awarded NZD$6.1 million.

A group comprising of four family members calling themselves the ‘Irish Luck’ won the NZD $36 million jackpot by scooping the first and second division prizes.

Dreams come true in the unlikeliest of venues. A man won NZD $28.7 million by purchasing the winning ticket at a petrol station in Papakura, Auckland.

The jackpot was shared between two tickets, one being bought in Dannevirke and the other in Hamilton.

A young man won the $27 million jackpot after buying a ticket at AJ’s Lotto outlet in Tauranga. The lucky player was on the way to the hairdressers, but it was closed and he opted to buy a lottery ticket instead.

Despite there being no jackpot winner in the draw on 28th September 2013, a man from Auckland nevertheless became the surprising single biggest New Zealand Powerball winner as a result. There were no Match 6 plus Powerball winners in the draw and, as the jackpot had exceeded the NZD$30 million threshold, the funds rolled down to the next winning prize tier. With only one ticket holder in the second tier, the ticket holder won the entire jackpot when he matched five of the main numbers, the Bonus Ball and the Powerball.

2017 was a prolific year for jackpot bonuses that saw not one but three big jackpot prizes being handed first. First was a hefty sum of NZD $27.3 million claimed by an anonymous couple from Thames which is also a record for the largest ever prize won in Thames. Next was a prize of NZD $30.2 million won at the first division by an individual from Taupo. Last but not the least was the biggest win of 2017 shared between two ticket holders. The two tickets were bought at Fresh Choice supermarket in Greytown and New World store in Warkworth respectively. The jackpot is the second largest jackpot ever won in New Zealand lottery history.

The jackpot win that garnered attention across New Zealand was won by an Auckland woman as she collected a cool NZD $11 million. While the prize is less compared to some of the other entries in the list, this was the second lotto win for this woman in the same year. She had earlier won $333,333 with Lotto First Division and came forward on a Monday to claim her Powerball prize. To this craziness into perspective, the odds of a single player winning Lotto First Division and Powerball First Division in two separate draws is an 1 in 147,000,000,000,000. The winner was a regular lotto player and had bought the life changing ticket while doing her shopping run at the local mall.

“I needed to get some new clothes, so decided to duck into New World Albany to grab my weekly Lotto ticket before I hit the shops. My husband was dozing next to me, so I just quietly checked the ticket so as not to wake him. It wasn’t until I got to line ‘R’ on my ticket that I noticed that I had all the numbers in a row. As soon as I saw that, my heart started racing very, very fast — I even checked my pulse to make sure I wasn’t dreaming,” she laughed.

Realising what had just occurred, she woke up her husband to give him the good news.

“It wouldn’t have been long before the whole neighbourhood knew. I calmed her down and tried to make sense of what she was telling me, it was barely believable.” said the husband.

Coming to grips with the situation, they started thinking about how they would utilise the money.

“We’ve been renting all our lives, so after we won Lotto First Division back in May we tucked the prize away and started house hunting. But the house hunt is going to step up a notch now – maybe a bit more land and a swimming pool. In fact, we spent all day on Sunday looking at houses,” said the couple.

The husband credits the win to her wife being incredibly lucky.

“There’s no denying that my wife has a bit of a lucky touch – after all, it’s not every day you win First Division, let alone two big prizes in just a couple of months. There’s only one word to describe this year – unforgettable. It’s going to be one to beat!” said the husband.