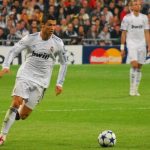 Let’s start off the list with arguable the biggest name in football right now. Think about how Michael Jordan changed the face of basketball and you will get an idea of the impact this man has made on the football scene. Amongst many professional accolades, Ronaldo is an influential person winning the 2016 most liked person Facebook with more than 116 million likes. Not many people are aware of his poker playing ability with most discarding him as an average player. The truth could not be further from it. Cristiano Ronaldo is not only an ace football player but is also considered a shark on the poker circuit. Before we delve into his accomplishments it is good to get the background story of how he became such a good poker player.

Ronaldo started playing poker with friends to pass time usually when he was injured and was unable to compete on the football pitch. This pass time slowly morphed into an obsession to a point that Ronaldo is now a bonafide member of Team PokerStars. High amounts of Facebook likes is simply not enough to get you inducted into the PokerStars team but you need to be playing poker at a high – intermediate level. Perhaps his memorable match came against Aaron Paul, the Breaking Bad superstar with many expecting Aaron Paul to win. Ronaldo however shocked the entire world by defeating the Breaking Bad actor and going onto donate his entire winnings to a charity.

Another footballer to join this list, Gerard Pique is a Spanish football player who plays as a centre back for Barcelona and the Catalonia national team. He along with Neymar (Brazilian football megastar) are known to dabble into poker with Neymar even making appearances at the WSOP and EPT Barcelona. 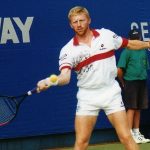 Moving onto a different sport altogether, Boris Becker is former international tennis star. Such was his dominance in the 90s that he won no less than six grand slam titles before retiring in 1999. His most famous achievement was winning the men’s single at Wimbledon at the young age of 17. After giving up tennis, Becker needed another hobby to pass his time and started gravitated towards poker. He started his poker career in 2007 by participating in European tournaments. While the tennis ace has not scored a podium in any major poker tournament, Becker has amassed cash winnings of around $100,000 with his best performance placing him in the top 50 of the World Poker Tour Championship in 2009.

A tennis star for the new generation, Rafael Nadal is a clay court master that has also proven his skills on the poker scene. A few years ago he was invited to join the PokerStars team and competed against big names such as Negeanu in a publicity match. While he has not won any major tournaments, it is good to see the Spaniard taking a break from destroying opponents on the tennis court and instead fighting his battles on the poker circuit. 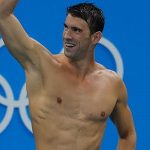 One of the most decorated Olympians in the world, Michael Phelps has won an astonishing 28 Olympic medals for swimming. 23 of these medals saw him take first prize at the podium cementing his status as one of the best swimmers ever. Phelps has ventured into poker as well and picked up the game while he was sharing the house in Baltimore with professional poker player, Jeff Gross. Gross himself speaks highly of Phelp’s poker skills and had the following to say “Mike is easily one of the best celebrity poker players around.” Now that his swimming career has come to an end, Phelps is seen more regularly on the poker circuit taking part in tournaments in the Bahamas as well as WSOP. He achieved his best result so far by finishing fifth out of 187 entrants in a $1,570 No-Limit Hold’em event in the 2008 Caesars Palace Classic. 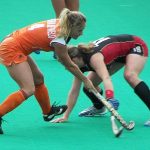 Dutch native, Fatima Moreira de Melo is best known for being a great hockey player helping her country claim the top spot in the Women’s Hockey World Cup in 2006. Since her retirement, the Olympian has ventured into the world of poker and despite not winning any major tournaments has amassed a tidy sum of cash winnings. Her most recent victory came in 2017 where she claimed the top spot at the 2017 Pokerstars Championship Bahamas. 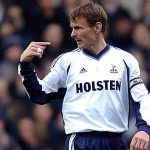 A football player with an impressive career, Sheringham is used to rubbing shoulders with football royalty. Having played for Nottingham Forest, Spurs and Manchester United, Sheringham has 289 goals to his name in 755 appearances. Apart from being a prolific goal scorer, he has also lifted the Premier League titles three time and was part of the FA Cup Winning team. He was also responsible for scoring the in the 1998-99 Champions League Final when Manchester United won the treble.

Now that his football days are behind him, Sheringham has focused his attention on conquering the world of casino games. Infact he is one of the few celebrities who has managed to make a successful transition into poker having finished fourteenth in the World Series of Poker Main Event in 2009 taking home $28,530.

His greatest achievement came in 2010 where he managed to go outclass 384 opponents to reach the final table of the European Poker Tour Main Event in Vilamoura. He finished the tournament at fifth position taking home €93,121 , a highly commendable achievement since he had to face the wrath of poker heavyweights such as EPT Champions Toby Lewis and Frederik Jensen, WSOP Main Event winner Martin Jacobson, and the biggest tournament winner in British history, Sam Trickett.