The world of poker has attracted many musicians over the course of the year. Some come across as an obvious fit while some seem more obscure. Regardless of what genre of music they come from, it is evident that these artists thrive on the thrill of playing casino games the same way they feed off the energy when performing in front of an audience. Here is a list of six musicians who have known to dabble in the world of poker. 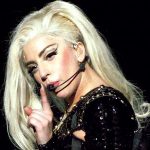 Bursting onto the music scene a decade go, Lady Gaga has gone onto conquer the world of entertainment releasing hit music albums and starring in Hollywood blockbusters. Gaga, real name Stefani Joanne Angelina Germanotta is also an avid poker player which would explain why she would name one of her songs ‘pokerface’. Such is her popularity when it comes to gambling that Sankyo, a popular gambling in Japan has introduced the Lady Gaga slot machines. The eccentric performer has also been vocal about her stint in Las Vegas, a city known for its gambling scene. Gaga had sent out the following tweet confirming her love for gambling and the Sin City “VEGAS tonight, gambling and inappropriate attire to ensue. why am I so jealous of strip club stage production?” 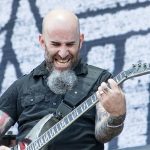 Founding member of Anthrax, one of the big 4 thrash bands of the 80’s, Ian is known for mastering the art of shredding. His fast, alternate picking style has garnered praise from his peers and fans and guitar makers Jackson and Washburn have gone one step further by releasing signature models in his name. Ian is also famous for branching out of the heavy metal genre by releasing successful collaborations with hip hop artists such as Public Enemy and Chuck D. He is also known for dabbling into poker and started playing seriously after winning a charity poker match for VH-1 in 2006. The win fuelled his interest even more and he went onto to take part in the Aruba Poker Classic as well as playing in the 2008 and 2009 editions of the World Series of Poker Championships. 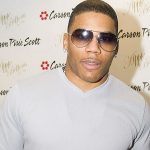 A rap mogul in the making, Nelly shot to fame in 2000 with his solo album Country Grammar. The record was hugely successful and ended up selling eight million copies in the US alone. The commercial and financial success of his music career has allowed the hip hop star to venture out into other areas including opening up a non-profit organisation as well creating an energy drink called Pimp Juice. While Nelly has also ventured in acting most notably appearing in CSI: New York, the artist is known for having a deep love for poker.
The rap star has competed in several tournaments, including the 2007 World Series of Poker, PokerStars Caribbean Adventure, and the PokerStars European Tour. He is known to be a rather gentle opponent and is well liked by fellow competitors. 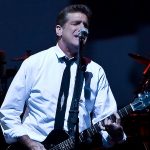 As one of the founding members of American rock band the Eagles, Glenn Frey is also credited for penning the lyrics for some of the greatest hits. Some of those great songs include How Long, Already Gone and Tequila Sunrise that he co wrote with Don Henley. Before passing away in 2016 due to complications from gastrointestinal tract surgery, Frey had developed a passion for playing poker. His love for the game soon spread within the group and the band were regularly seen playing in between touring sessions to a point that the hours long playing sessions were dubbed ‘Eagle Poker’. His mansion in LA was dubbed Kirkwood Casino and Health Club and was often filled with other celebrities, musicians and song writers such as Joni Mitchell. 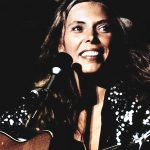 Hailing from Toronto, Joni Mitchell was a force to be reckoned with and after starting her career in the music industry quickly amassed a reputation for being multi-talented. She was known to self-produce her own albums along with writing and performing her own songs. She also loved painting which would explain how all of her album covers were designed by herself. She was a frequent guest of the Kirkwood Casino and could often be found on Monday evenings playing cards after she had finished with the football games. Her poker sessions would normally go into the wee hours of the morning and her love for the game is hinted in her songs including the lyrics for Taming the Tiger where she mentions ‘Every disc, a poker chip’ 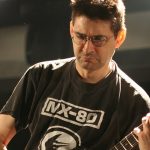 Perhaps the least recognisable name on the list, Albini was an influential recording engineer who has known to have engineered more than 1000 albums. His work is spread across decades, but his most notable contributions came during the post and alternative scene where here engineered records for artists such as Nirvana, PJ Harvey, Robert Plant, Mogwai and the Pixies. Serving as a guitarist for the band Shellac, Albini is also known to be an avid poker player finishing at rank 12th at the 2013 World Series of Poker Seniors Championship. He has had 3 more goes at the Championship indulging in playing no limit hold ’em and seven card stud.