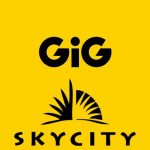 Another name has been added to the ever-growing list of online casinos available to Kiwis. SkyCity Entertainment Group have launched their online platform by the name of skycitycasino.com which is now available to players in New Zealand. The site is within legal bounds as it is based in Malta and therefore does not operate from inside the country which is prohibited by the New Zealand government.
The SkyCity real money casino is managed and developed by Malta based company Gaming Innovation Group. The group is known for providing world class products and has already provided the platform for other notable New Zealand online casinos such as Omnia Casino and Dunder.

This move allows SkyCity to offer another product to customers loyal to its land based offering and Chief Executive Graeme Stephens had the following to say about the latest venture “While ultimately a regulated online gaming market remains the preferred solution, the site launch is another step on our journey of pursuing opportunities to grow and diversify our earnings”.

The move into the online sector is not expected to yield high returns in the near future but allows the company to diversify its portfolio of products. Online gambling is a multimillion-dollar industry with NZ players spending NZ $160 million annually on offshore gambling sites. While the company has launched its own site it still supports regulating a local online casino market with licenses and taxation.

The New Zealand government recently opened a call for public submissions. More specifically the Department of Internal Affairs (DIA) is keen on discussing the creation of a regulatory framework that will lay down the foundation for licensing local casino sites. The DIA’s call for public submissions on localising gambling sites close at the end of September. At present the only state authorised online platforms are Lotto and Totalisator Agency Board (TAB).

It comes as no surprise that the New Zealand government is keen on getting a share of the internet casino market. Latest figures by the DIA shows that kiwi players love playing casino games online and between 2015 and 2017, there has been an 84% increase in offshore digital gambling growing from NZ$132 million to NZ$243 million respectively. Recent figures show that it has grown to a staggering NZ$381 million in the past 18 months.

Kiwi players looking to spend time on gambling sites similar to SkyCity can head over to homepage where we have listed the top online casinos in New Zealand.