What do you do once you have conquered the big screen, how do you recapture the rush , the thrill that one gets when playing a character in a movie. The answer at least for these Hollywood actors is simple – you start playing poker. A game synonymous with late nights, drinks and general rock n roll there are plenty of actors who have shuffled the deck in their time. Here is our list of eight Hollywood megastars that have immersed themselves in the land of poker. 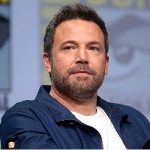 Talented actor, acclaimed director and world class poker player? Ben Affleck aka America’s sweetheart is an avid poker player and has a reputation for being a gentle opponent. However, the celebrity persona does kick in once in a while and there is a story making waves about him not agreeing to take part in a poker tournament if he wasn’t paid his $1 million appearance fee. The actor has strongly denied and has always disputed the authenticity of the story.

Furthermore, he is more known for playing with fellow actors and other members of the film industry. These exclusive tournaments are generally held at private villas and celebrity pads and come with hefty buy-ins ranging from $20,000 to $100,000. Affleck is known for being a good player having learnt the game from professional poker players such as Amir Vahedi and Annie Duke. The Hollywood actor has amassed winnings of over $500,000 with his biggest success coming as a result of winning the 2004 California State Poker Championship. 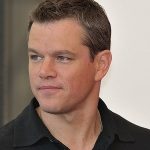 The other half of the Boston dynamic duo, Matt Damon is a bonafide A list celebrity starring in classics such as ‘Good Will Hunting’, ‘Elysium’ and the ‘Martian’. He also starred in the 1998 poker film called ‘Rounders’ and has since continued to indulge in the world of professional poker. It has been rumoured that in preparation for ‘Rounders’ he spent $25K of his own money taking part in poker tournaments. Since then he has taken part in a whole heap of tournaments doing particularly well in the 2008 and 2010 World Series Poker. 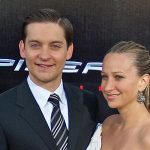 While he is not busy defeating baddies as Spider Man, Tobey Maguire likes to humiliate his opponents at the poker table. Already known to be somewhat of a shark and an extremely tough opponent to read, Maguire has been terrorising poker tables since 2004. He has achieved success in both offline and online poker tournaments. His one demand when playing poker is to use a device known as ‘Shuffle Master’. The device costs in excess of $17,000 but is known to deliver a fair, random shuffle every time while increasing the speed of each game as well. 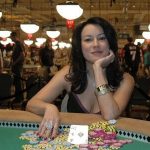 An extremely talented individual who has been nominated for an Oscar, has earned a WSOP bracelet (after winning the Ladies Event in 2005) and has a recurring role in Family Guy. On top of all of these achievements, she has also managed to carve a great poker career for herself. Tilly has won the Bellagio Cup and WPT Ladies Night Invitational is also in a long-term relationship with another professional poker player, Phil Laak. 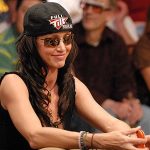 Mostly known for her appearance in the American Pie movies as the foreign kid, Elizabeth has also developed a reputation for being a great poker player though that reputation has waned over the years. Her highest achievement was finishing third in the 2007 NBC National Heads-Up Poker Championship. Over the years, she seems to have fallen out of love with poker and has only participated in one tournament since 2010. 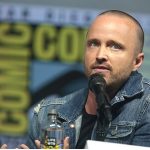 Aaron Paul rose to fame in the HBO series ‘Breaking Bad’ and decided to pursue other hobbies such as playing poker. The Global Poker League Team Manager Maria Ho even convinced him to join the LA Sunset team where he participated in two matches, winning both and demonstrating his skills along the way. He also took part in a poker advert where he was shown to face off other poker celebrities such as Cristiano Ronaldo. Aaron Paul has also taken part in other tournaments around the globe including the WSOP and the various live events in the Bahamas. 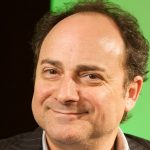 An accomplished Hollywood actor, Kevin Pollack is most famous for playing Sam Winberg in a Few Good Men. However not many people are aware of him being an avid poker player who is known for hosting weekly games for Hollywood celebrities. For the last seven years, he has regularly taken part in World Series of Poker. In his first ever appearance at the event he managed to survive till day 5 finishing 134th overall making him the highest-finishing celebrity in the post-boom main event history. He has suffered a drop in form as of late and has not made an additions to his total poker earnings of $52,718 all of which were acquired from the success he had at 2012 WSOP. 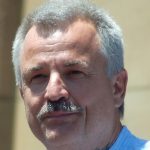 While technically not a Hollywood actor, Nick Cassavetes is most certainly part of the film industry as an acclaimed director of classics such as the Notebook. The director has dabbled into the world of poker participating in events such as the WPT and WSOP with a career best result coming in 2005 at WSOP. At this particular event, the director came close to the WSOP main event final table, finishing at a very respectable ninety-third to win $77,000.

Head over to these real money casinos and start sharpening your skills at a game of poker. You never know you might end up rubbing shoulders with a celebrity at your next poker game 🙂