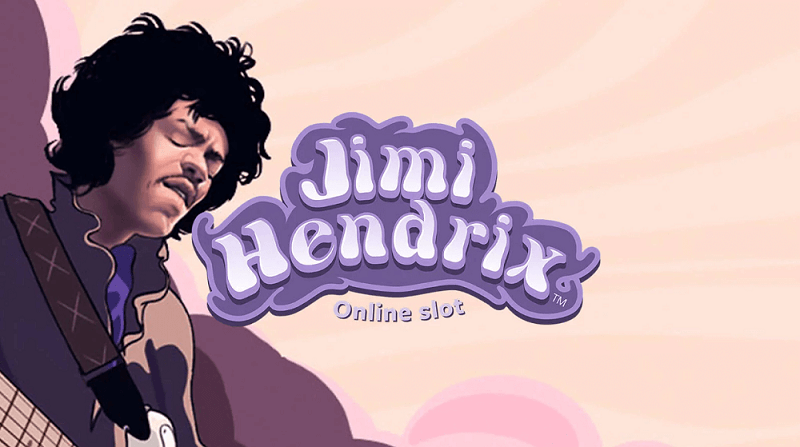 Get your fancy headphones, turn your speakers to the max because we are about to unveil the top 10 music themed online pokies that you can play right now. The online pokies boast fantastic visuals and booming soundtracks. So if you are in the mood for sing alongs or want to practice your air guitar technique, you need to play one of the following online pokies.

What better way to start off the list by introducing a slot game based on the King of Pop himself, Michael Jackson. This could’ve have gone wrong had it been another developer but WMS made sure to capture the essence and soundtrack of Michael Jackson. To make things even better, the game incorporates the moonwalk as a bonus feature giving you additional wilds. This comes on top of a free spins feature that will surely add to huge payouts!

From the king of pop we now move over to the king of rock. Brought to you by Microgaming, Elvis Top 20 faithfully recreates the moves of the rock n roll superstar to give you a video slot like no other. The reel icons come in the form of Elvis’ famous poses along with jukeboxes, pink Cadillacs and gold disks. The online slot also comes with multiple bonus rounds which includes a guitar bonus round and gold disk round. The latter once activated takes you to another wheel of fortune style mini game with different prizes.

Arguably one of the greatest guitarists ever to walk the planet, Jimi Hendrix unfortunately passed away at just 27 years of age. We are happy to report that NETENT has pulled out all the stops to ensure this slot does the rock god justice. The game offers 5 reels and 20 payout lines set in a psychedelic theme. The online slot also comes with six bonus features including ‘Pick and Click’ where you have cash prizes and 3 free spins features. You will also get to hear iconic songs such as Crosstown Traffic, Little Wing and Purple Haze as you play the slot which is a win win in our eyes!

A band that needs no introduction, this iconic rock group has been captivating audiences with their stage antics and music for decades. It was only a matter of time before a developer would take their brand and bring it onto the slot machine. WMS has done a great job of recreating the atmosphere of a rock concert right in your house. The slot comes packed with tons of KISS music along with fantastic bonuses offering up to 15 free spins with multipliers and wilds.

It is a great time to be a rock n roll fan with the supergroup announcing their return and playing at arenas all over the world again. Created by NetEnt, you get to hear music from the legendary rock band on a slot that offers 5 reels, 20 paylines and can be played from NZ $0.20 to NZ $100 a spin. You also get bonus features such as the Appetite for Destruction feature where a cross-like wild lands on the reel. There is also an Encore feature whereby a band member is chosen as the wild for every free spin. Classified as a medium variance slot, Guns N’ Roses is definitely an eye-catching slot with brilliant graphics and animations as well as a superb soundtrack. Take me to the Paradise City now!

Turning up the noise factor, we have a slot based on the British heavy metal band called Motorhead. Responsible for inspiring several bands including Guns n Roses and Megadeth (next on the list!), Motorhead have a hard hitting sound that could’ve only been captured by NetEnt. The game is different from the other online pokies as it uses a multi-level reel system and includes 76 ways to win. You can enjoy this game on your desktop, tablet or PC for as little as NZ $0.20 per spin. There are a ton of bonus features including our favourite known as the Bomber Feature. Upon activation up to 15 overlay mystery symbols can appear for 1 spin! In the words of the iconic rock ‘ If you like to gamble, I tell you I’m your man!’

Formed by a disgruntled ex Metallica band member, Dave Mustaine founded Megadeth back in the 80’s and has been rocking since then. Brought to you by Leander Gaming, the online slot has a very metallic (excuse the pun) feel to it. The reels are held in place by a number of chains and the backdrop is stage scaffolding! The slot is a five reel, 45 fixed payline slot which includes symbols such as a guitar pick, snare drum, speaker and high value symbols representing the band members.  Mustaine himself is the wild symbol while a stylised skull (Vic Rattlehead) is the bonus symbol. Like the other online pokies on the list, this comes with the crushing soundtrack from the american heavy metal band.

Stakelogic provides a deviation from the rock themed online pokies by focusing Hardwell, one of the greatest DJs alive. The five reel, three rows slot is set in a club and contains high value symbols such as a giant purple speaker, a green deck, blue headphones and Mr Hardwell himself. The crowd represents the wild symbol and appears only on reels two and four. The wild substitutes all other symbols to form a winning combination. Other bonuses include the Hardwell bonus and the Superspin question mark.

You really didn’t think we would leave out this gem of a game by Microgaming did you? What can be more fun than singing karaoke is to play an online slot based on it! Karaoke party is a five reel, nine payline slot that can be played with NZ $0.09 per spin. The bonus feature gives you 30 free spins with all wins trebled. Time to sing along!

Time to get your dancing shoes on with this gorgeous online slot by Betsoft. The online slot comes with great graphics and music as well as the overall setting of the slot which is based on a beach front cocktail bar at night. The game includes a double up feature as which you can activate after a win which brings up a mini game of heads and tails. Guess correctly and you can double your winnings!

We hope you enjoyed our coverage on the most popular music themed online pokies. Let us know if we have missed out any of your favourites. In the meantime, you can play most of these games at Platinum Play casino.