Known for their sense of humour and the ability to captivate an audience with their intellect, here is a list of comedians that have given some serious thought into playing poker. Once they sit on the poker table, their penchant to make others smile quickly disappears as they become highly competitive poker players. You might want to sharpen your poker skills at these online casinos before you decide to go up against these funny men. 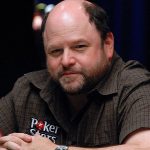 Seinfeld was not just any sitcom but a global phenomenon that kept audience members captivated for nearly a decade. One of the funniest, if not the funniest star was Jason Alexander. Jason played the role of George Costanza and has since then taken a deep dive into the world of professional poker. He has been part of the poker scene for a very long time and is considered to be a fairly tough opponent. He plays both offline and online poker and can also be found at Holiday Poker.

Being an actor, it is only befitting for him to take part on celebrity poker tournaments including appearing twice on the Celebrity Poker Showdown. His most recent appearance on the show saw him winning the final table of he eighth season for a prize of $500,000 where the prize money was given to a charity of his choice. However, he has suffered a bit of bad luck especially since he was knocked out of the Event of the 2007 WSOP. He did much better a couple of years later where he made it to day 3 and finished in the top 30% of the table. Till date, he has amassed live poker earnings of $30,000. 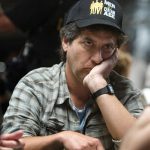 The star of the hit sitcom ‘Everybody Loves Raymond’, Ray Romano has had success both on the big screen and the small screen. The actor has even ventured into the world of animation and plays one of the more beloved Ice Age characters, a mammoth called Manny. When not making audiences laugh as an actor, Ray Romano likes to head out to the poker tables for a bit of fund. The actor has won around $20,000 in live earnings most of which came as a result of finishing eight in a $5,000 Ante Up For Africa Charity Event at the 2008 World Series of Poker. 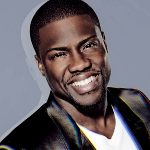 The comedian who can seem to do no wrong. Kevin Hart is a hugely successful comedian, actor and entrepreneur who has now set his eyes on the world of professional poker. He has taken in several tournaments including having played in the Dan Bilzerian home game as well as High Rollers on the world circuit. He even surprised everyone by returning to the tables at Monte Carlo a partnership with Stars.

It was at Monte Carlo that he became in the poker being part of one of the craziest hands of poker ever scene. The game in question was for a cash game television show at the Poker PokerStars Championship Monte Carlo event. Hart was set to battle other poker players such as Daniel Negreanu, Faraz Jaka, Liv Boeree, Charlie Carrel, and qualifier Mila Monroe and it was at the qualifier stage where things got a bit crazy.

Kevin Hart played an unbelievable hand and here is the strategy explained by the comedian himself “You guys just got to see how much of a legend I am. No, I’m kidding. But it was probably one of the funniest hands that I’ve ever been a part of. I made a mistake. And then she made a mistake. It was a moment where she made a move, and then me doing something in return. I honestly thought I had the straight. I didn’t, so when I saw my hand I said ‘Oh wow. I just got the king!’

Ken Cheng is often referred to as BBC, British Born Chinese who shot to fame by wining the funniest joke award at the Edinburgh Festival Fringe, beating comedy veterans including Frankie Boyle, Alexei Sayle, Tim Vine and Ed Byrne. His winning joke “I’m not a fan of the new pound coin, but then again, I hate all change” has taken the world by storm but Chen has decided to focus his attention on a different hobby altogether. Cheng had developed a fascination towards poker to a point that his studies were getting affected and while he was playing online winning a few thousands here and there, he decided to drop a degree in mathematics from the prestigious University of Cambridge to pursue a career as a professional poker player. T

his led to many arguments with his disgruntled mother but Cheng eventually put his foot down to concentrate on the art of poker, a sport that would provide for his livelihood for more than a decade. Cheng has been fairly open about the sort of money he was making by playing poker and would have days where he could win or lose close to $100,000 in a day.

In his own words Cheng said It’s a weird one because there’s a point in poker where you can’t assign that to real things or you’d spend all your time going, ‘Oh, I lost a car, I lost a house’. You have to dissociate yourself from it a bit.

“Obviously, now, when there is more pressure on my finances, what with London rent and me taking a lot of time off to do comedy, which for a while wasn’t making me anything but was just an investment for the future, there’s certainly more pressure.”